Under the Auspices of the Presidency of the G7,and organized by the Italian Consiglio Nazionale Forense, the International Conference on “Security and Hate Speech” took place, with the participation of guests belonging to the G7, ministers, ambassadors, politicians and lawyers; the Secretary General (SG) of the AIDLR delivered a keynote address on “Actors’ Education and its Role on Legality, Hate Speech, Peace and Security”.

The following statement was issued by Dr. Liviu Olteanu after the International Conference on “Hate Speech and Security” that was organized by the Consiglio Nazionale Forense and the Italian Presidency of the G7, hosted in Rome at the Palazzo della Cancilleria on 14 September 2017. Olteanu started his press release by underlining an important statement of the Secretary General of the Council of Europe, Thorbjorn JAGLAND: “We have come to understand that democracy is by definition pluralist and that giving citizens the right to be different and to criticize authority makes our countries more stable, not less. Today, however, many of our societies appear less protective of their pluralism and more accepting of populism.” According to OLTEANU, the states have to take care regarding the difference between being able “to criticize authority” – and, he added, the ability “to criticize religion” too; it means the existence of ‘free speech’ that is a positive sign of a democratic country; compared to ‘hate speech and religious hatred’ that is a negative sign in a democracy. The first, should be accepted, but conducted with respect; the second, should be strongly condemned. The Secretary General of the United Nations, Antonio GUTERRES expressed on 14 July 2017 an important and sensitive contemporary reality at the UN Headquarters in New York, highlighting an issue deserving of special international attention: “Around the world we see how religion is manipulated to justify incitement to violence and discrimination, and an alarming rise online and offline of hate speech messages that spread hostility and hatred and encourage populations to commit violence against individuals or communities often based on an identity. Hate speech seeds suspicion, mistrust and intolerance”.

Looking to find efficient international solutions on ‘hate speech, security and divergences of freedom of expression’, OLTEANU proposed: a) National authorities must not only guarantee journalists’ security and media freedom, preventing and condemning unconditionally blatant violations, but they must also recognize and oppose the threat that more insidious methods pose to the independence and genuine pluralism of the media, to the interest of the public in receiveing unbiased, critical information ; b) To combat stereotypes, it should only be restricted in cases of criminal offences following the principles of legality, proportionality and necessity; c) To counter hate speech - according to Heiner BIELEFELDT and LA RUE, it has to be done “with more speech” – and Olteanu strongly supports this position -, while the Spanish law professor Rafael PALOMINO underlined in a balanced way, another perspective, that sheds wisdom on the issues concerned: «This is not to say that freedom of speech has to be measured according to the hearer’s sensibility, but encourages one to realize the complexity of religion in a global context ; freedom of speech in the area of religious sentiments requires a certain amount of sensitivity and responsibility », and according the British historian TIMOTHY GARTON ASH, «freedom of expression does not mean that anyone should be allowed to say anything, anywhere and anytime, and, therefore, of how delicate this debate can be. To have respect for the other and to live together in peace, one must self-impose limits and be aware of what one can and cannot say in public »; d) Protection has to be based on the human dignity of every person and focusing on human rights and its violations rather on protection of religion per se. Problems may arise in countries where there is a state official religion, where there is not a clear division between the political and spiritual aspects, and repressive or arbitrary laws or jurisprudence may be applied; but also in secular countries, if different religious expressions or signs may be restricted without a clear public interest justification and end up negatively affecting the enjoyment of other rights as well; e) To combat the discrimination, hate speech and violence that may result and the negative stereotyping, the key lies in education, public-awareness campaigns, political or social and religious leaders’ expressions and professional training which promote understanding of different cultures and religions, tolerance, respect and dialogue. f) Due to the terrorist attacks that may have been initiated by ‘hate speech and religious hatred’ (which must always be condemned strongly everywhere) and tragedies that have affected our world since 9/11, many governments have introduced anti-extremism and anti-terrorism legislation; but according to BUZAN, we must also monitor and be vigilant that “national security and extremism is not used as a pretext for political abuse against religious groups and minorities, dissidents and political opponents”.

As a conclusion to the AIDLR Secretary General’s keynote address, OLTEANU shared the opinion that governments do not have any right to discriminate against journalists, social media, religious or minority beliefs nor to manifest discrimination, intolerance and persecution against the freedom of conscience of the person. Nations and people need to develop a deeper understanding of the religious and philosophical conceptions of other civilizations, religions, cultures and teaching to live with differences. 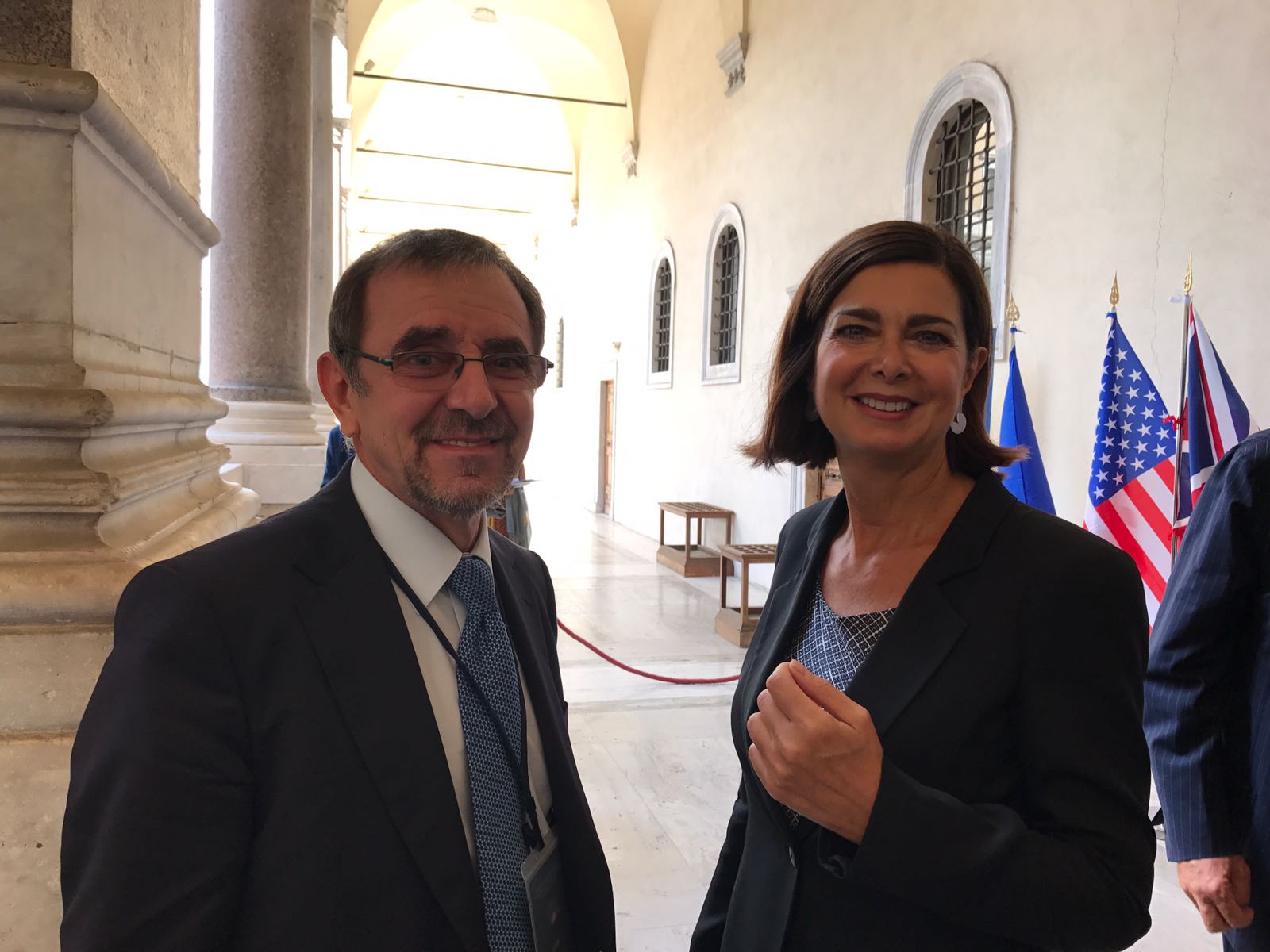 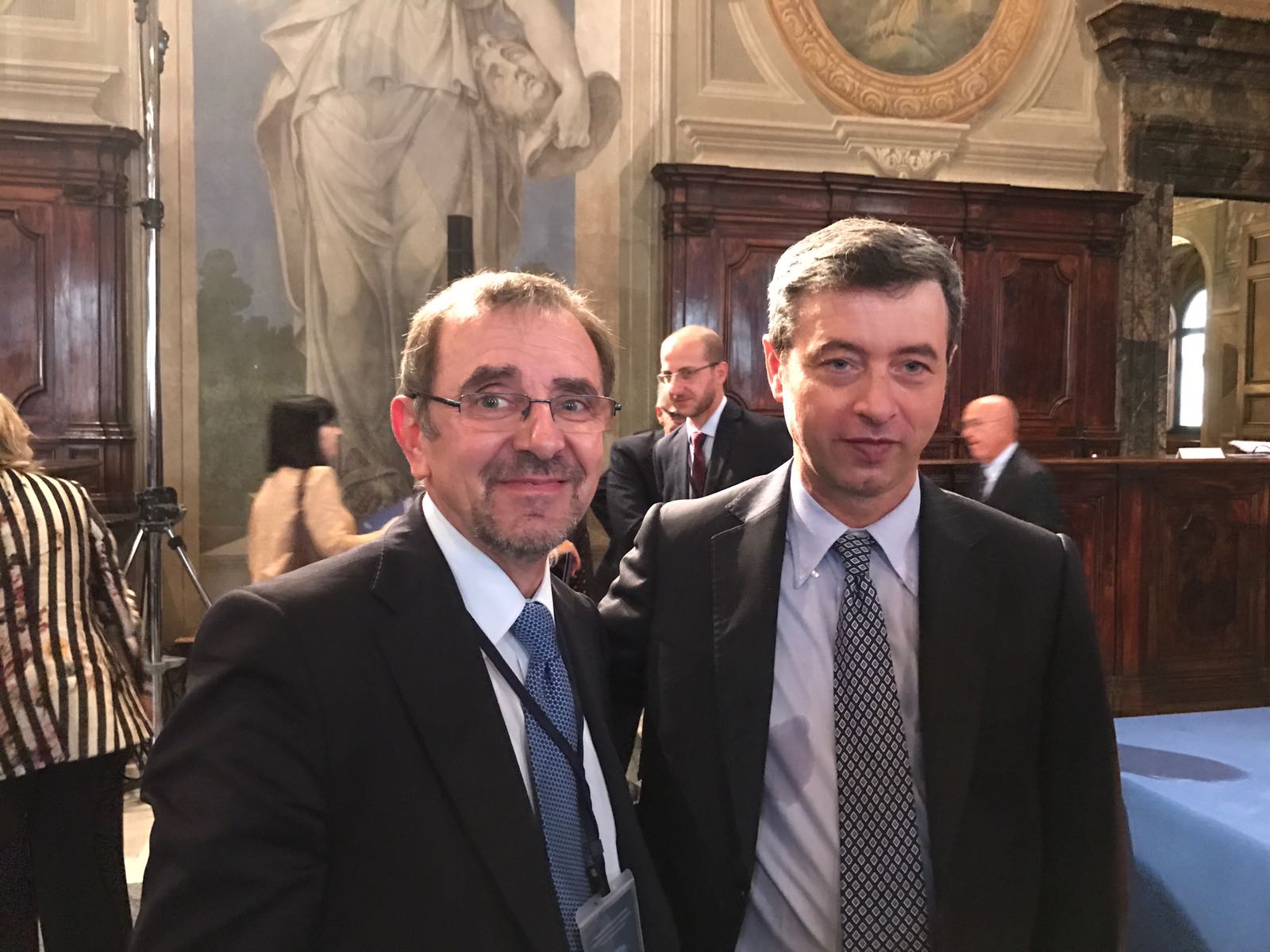 HE Andrea Orlando- The Italian Minister of Justice and Dr Liviu Olteanu at the G7 conference on "Security and Hate Speech", September 14, 2017 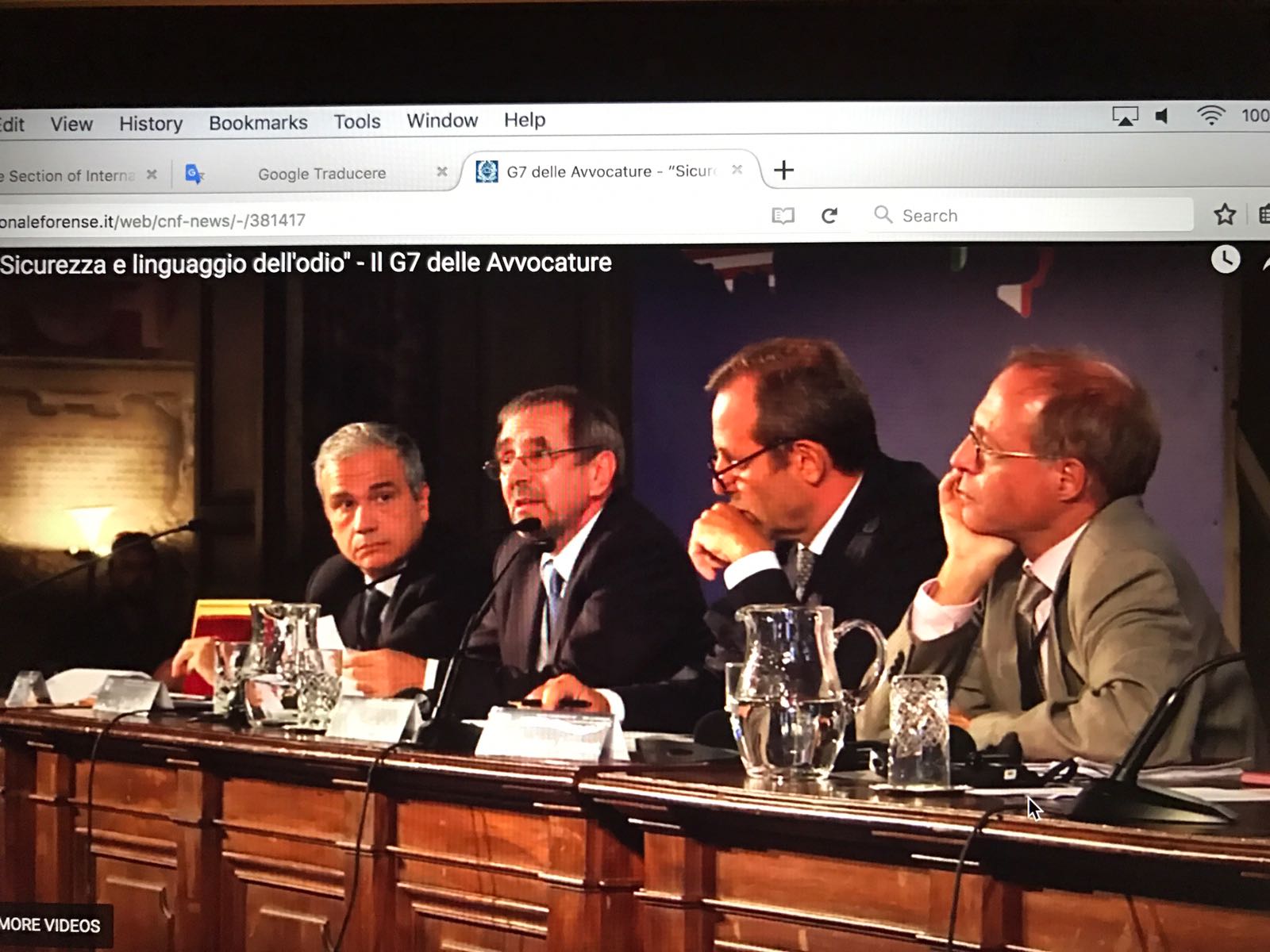 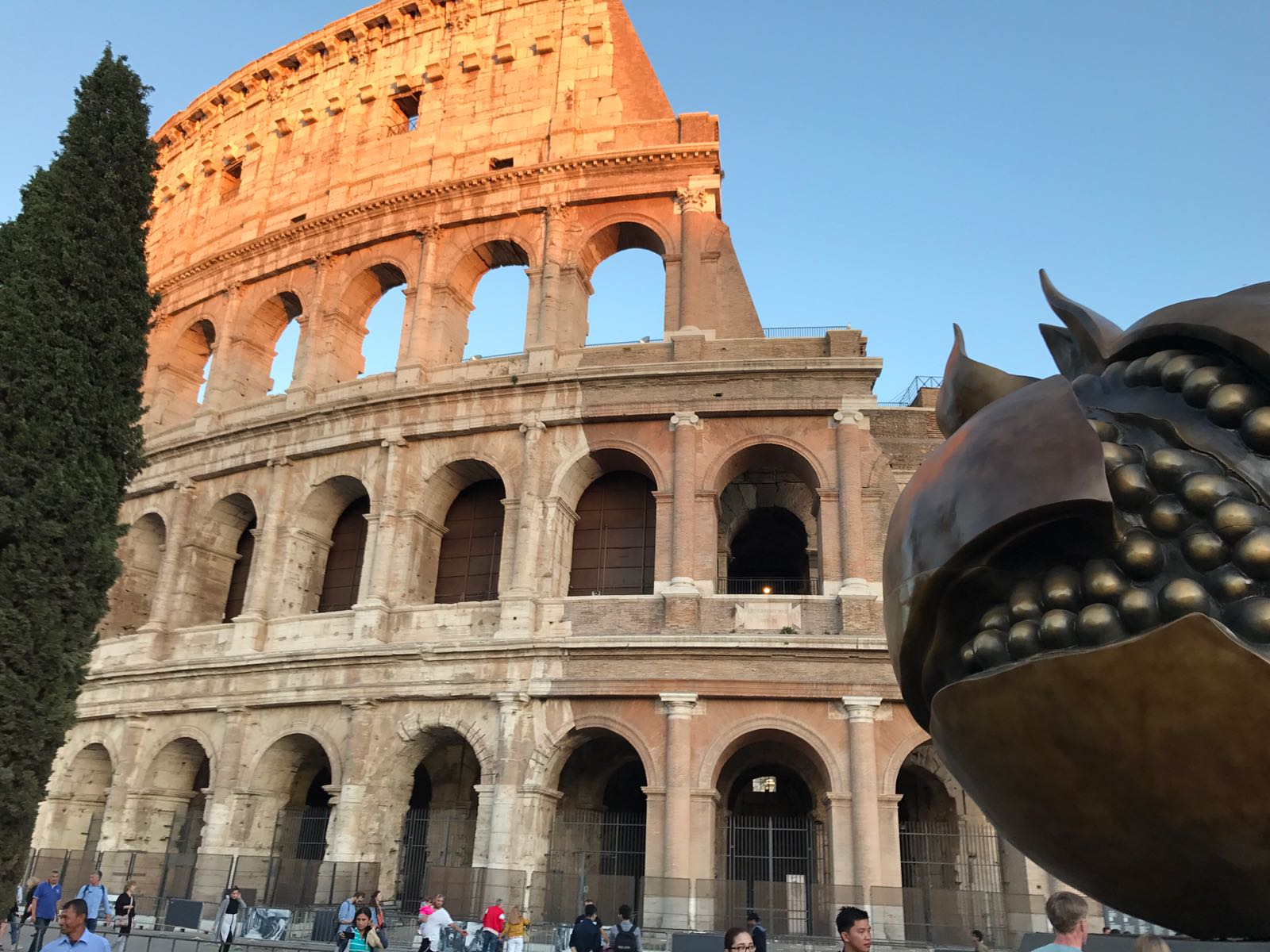