The Secretary-General of the AIDLR, talked in Abu Dhabi with Rev. Dr. EFRAIM TENDERO, the current SECRETARY-GENERAL of the WORLD EVANGELICAL ALLIANCE, on the challenges facing Christians around the world, and those of other religions such as Jews, Muslims, and some religious minorities

At the launch of the Global Tolerance Charter initiated by Sheikh Bin BAYYAH from the United Arab Emirates, an event that took place during the Forum for Promoting Peace held in Abu Dhabi, Dr. Liviu Olteanu, Secretary-General of the International Association for the Defense of Religious Liberty, had a very informative discussion with Dr. Efraim Tendero, the Secretary-General of the World Evangelical Alliance, regarding the role and capacity of faith-based organizations to foster together freedom of religion for all people; also considered on this occasion was the importance of joining efforts to support the defense of principle of religious liberty for everyone, everywhere, and giving a special attention to the defense of religious minorities which are facing discrimination, persecution or intolerance in many parts of the world. The Secretary-General of the AIDLR, also talked with the esteemed religious leader, on the expertise and initiatives implemented by the AIDLR since 1946 on the defense of the principle of freedom of conscience; in addition he spoke about the summits initiated by the AIDLR, working together with all actors – religious leaders, diplomats, politicians, scholars and international organizations. The Secretary-General of the World Evangelical Alliance, thanked the AIDLR Secretary-General for the AIDLR’s initiatives and its work, and for the journal ‘Ambassadors for Liberty Hope and Peace’ & the ‘AIDLR Calendar 2020’ received at the end of their conversation, appreciating the common interest to collaborate globally in favor of the defense of Christians, Muslims, Jews, and other minorities, and robustly fostering the principle of religious liberty for everyone, everywhere. 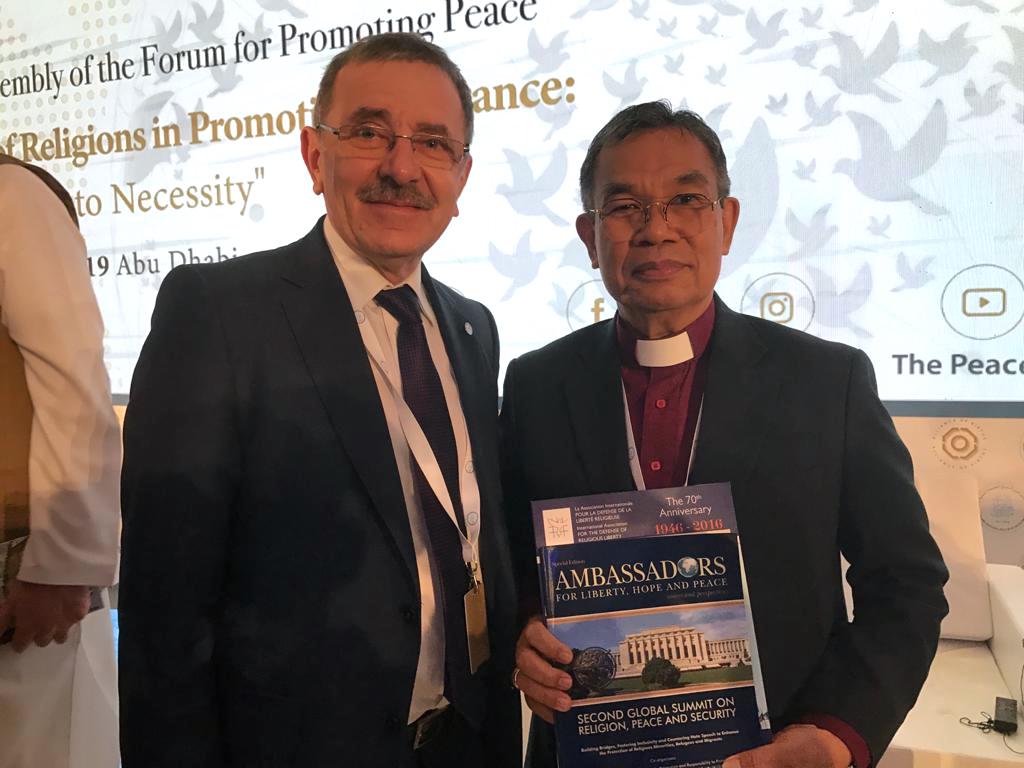